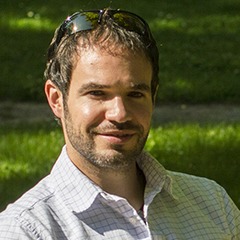 Dean Snyder joined the Antioch College faculty in 2015. He holds a Ph.D. in political science from Syracuse University’s Maxwell School of Citizenship and Public Affairs. Snyder teaches courses in global political economy and sustainability, with a focus on the relationship between government, business, technology and society.

Snyder’s research centers on the impact of corporate power on our politics, environment, and society. He has two ongoing research projects. The first examines the role of transnational agribusiness in the industrialization of agriculture. The second analyzes how the digital communications revolution has intensified environmentally unsustainable consumption patterns.

Snyder chaired Antioch’s Social Sciences Division from 2018 to 2021 and has played a key role in developing the College’s Self-Designed Major. Snyder’s teaching has been recognized by the Strategic Ohio Council for Higher Education, which honored him with its Excellence in Teaching Award in 2018.